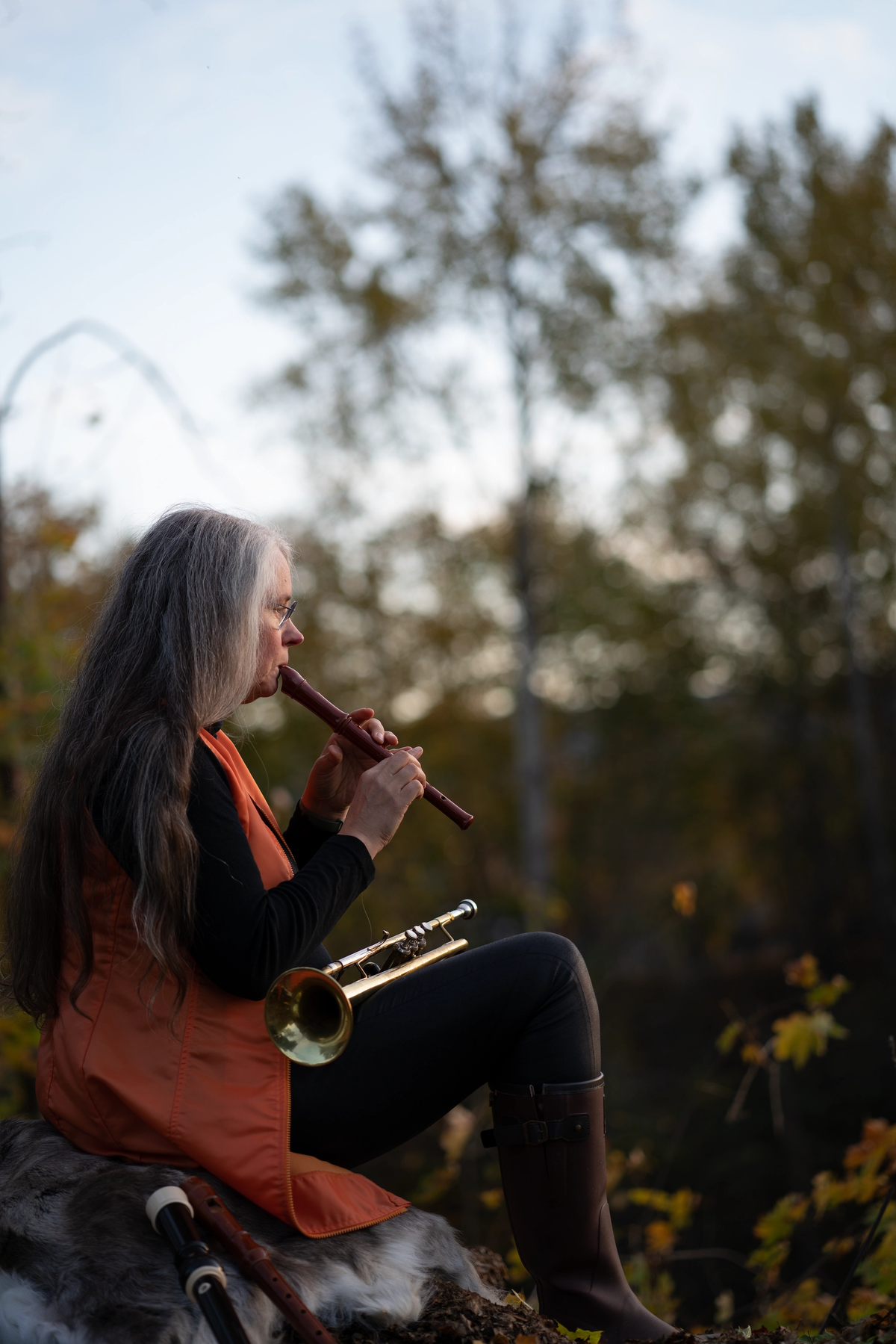 A solo concert from trumpeter and flutist Kristin Andersen Høvin is a rare event. In 2020, she played a legendary solo set at our sister-festival Blow Out. Since the world was shut down at the moment and not many were able to hear it, we thought it only suitable to celebrate this year’s festival with the gem Kristin, and a nod to our friends for organizing great concerts throughout the past year!

She has played impro music for over 25 years, both in Norway and abroad. First and foremost, she has been a member of the impro ensemble SPUNK. She has played in many other contexts, both solo and different ad hoc constellations, and is known for her playfulness and open musical mind.